As someone who lived for more than three decades in an underground house he designed and built for $50 and then later expanded for $500, Mike Oehler has a mission. 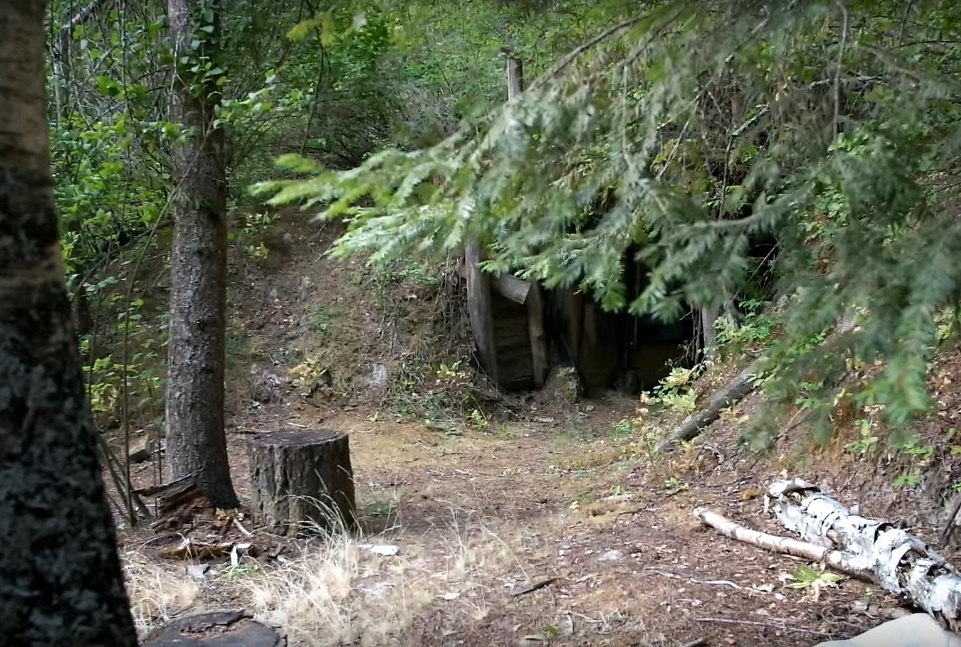 Now in his 70s, Oehler wants to convince other people of the advantages of living underground. In an interview with video journalist Kirsten Dirksen, Oehler shared his passion for underground living as he showed her around the homes he has built in Northern Idaho.

Mostly walking barefoot, which he called a lifelong habit, Oehler revealed the aboveground home he first built in 1968 after purchasing his property as a young San Franciscan involved in the back-to-the-land movement. After spending his first winter “freezing to death” in a cabin in the woods, however, he decided to use the earth as insulation.

In creating his first attempts, he fell into some of the mistakes others often make in designing an underground home — most of them centering on not having enough windows or with using basement types of windows only.

“An underground home has no more in common with a basement than a penthouse apartment has with a dark, dusty attic,” Oehler stressed. Explaining that an underground house can have many windows, he proved his point by showing Dirksen the many creative ways he incorporated patchworks of mostly used windows in his homes.

“We want a house that has windows on all four sides,” he explained. “Not everywhere on all four sides but enough so that each room has light coming in from two directions. That is very important.”

As he learned more and more about what worked and what doesn’t work in underground home design, Oehler began to find his own comfort zone. He called his inexpensive low-tech approach to building “PSP” for post/shoring/polyethylene, and he is particularly proud of what he calls his “uphill patio.” The uphill patio is a terraced space that allows for light, gardening space, outdoor grilling and water run-off.

Throughout the interview, Oehler mentioned the many advantages of living in an underground home, or what he prefers to call an earth-insulated home. Among the benefits:

Probably the most striking thing about Oehler’s designs is that they do not have the feeling of being underground. In fact, largely because of their use of natural light, the homes seem traditional from certain perspectives.

“With an earth-integrated house, you are working with the earth, not overwhelming it,” Oehler said, adding that some Native American tribes saw the advantages of living underground centuries ago.

He finds home sites “by instinct.”

“I will sleep at the site for a while to get a feel for the space,” he said. Although he cannot do the construction of the homes he designs any longer due to health reasons, Oehler said his home sites are all hand dug. He enjoys digging and finds it to be good exercise.

One downside of his underground home in Northern Idaho? It is attractive to bears. Oehler has had more than one very close encounter with a bear who thought Oehler’s abode looked appealing.

Although Oehler thinks the soil in Northern Idaho – with its mixture of sand, silt and clay — is ideally suited to underground homes, he said you can build an underground home anywhere.

This Dreamy Diamond Cabin Is Straight Out of a Fairy Tale

Self Feeding Fire Burns for 14 Hours Plus!

8 fascinating power #vanlife couples: see what happiness on the road looks like