When photographer Alla Ponomareva and her husband Garrett wanted a new guesthouse for their home in Montana, they decided to take matters into their own hands and built it themselves. They chose a design that they came across online, an 80 square feet A-frame, built by a construction company following the plans of one of the pioneers of the tiny house revolution Derek “Deek” Diedricksen.

Alla was charmed by the design’s transformation element which increased its square footage and gave it its undeniable character.

When the cabin’s roof opens up and its legs are dropped down to transform one end of it into a porch the cabin increases from 80 square feet to 110 square feet. 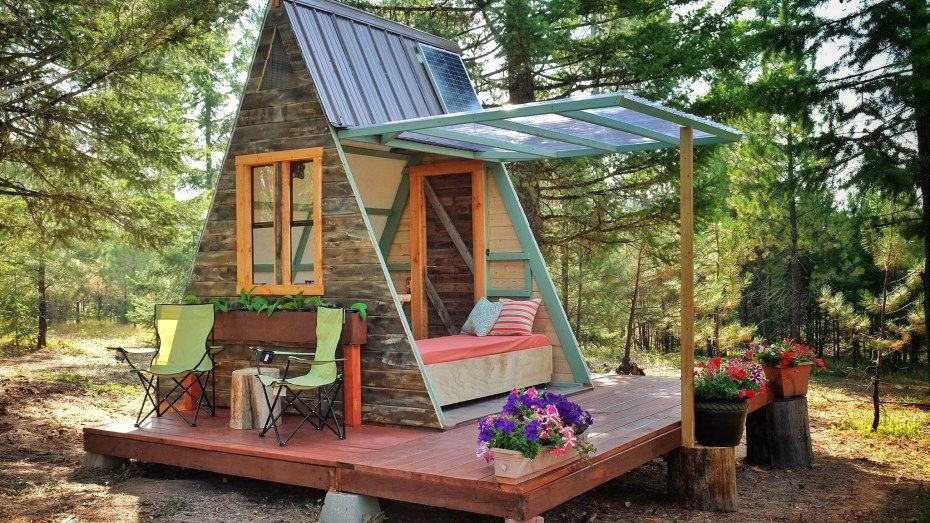 The couple was lucky to have a lot of used windows, boards, nails, roofing, etc.  lying around from other projects so the expenses came in at about $700 in materials (the other company had spent around $1200). The solar panel made the biggest dent in the budget, even though their cost has come down significantly in the past couple of years. 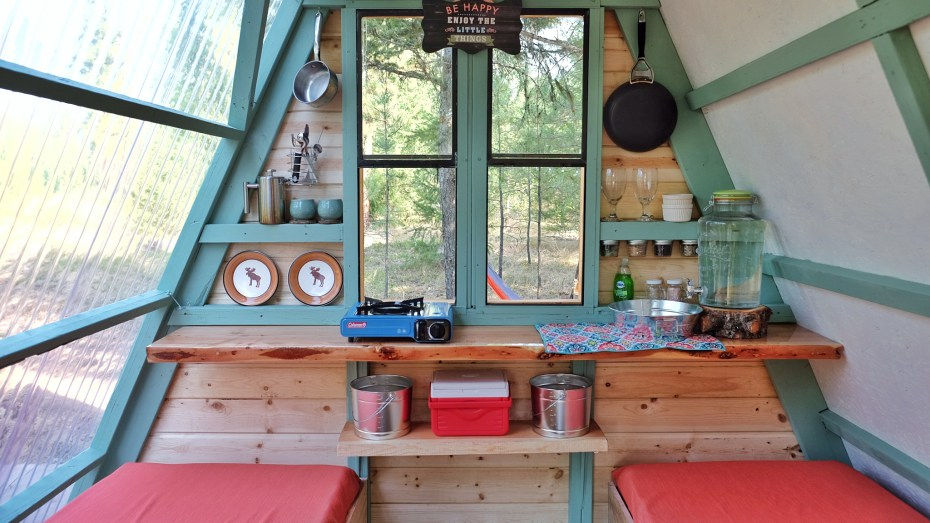